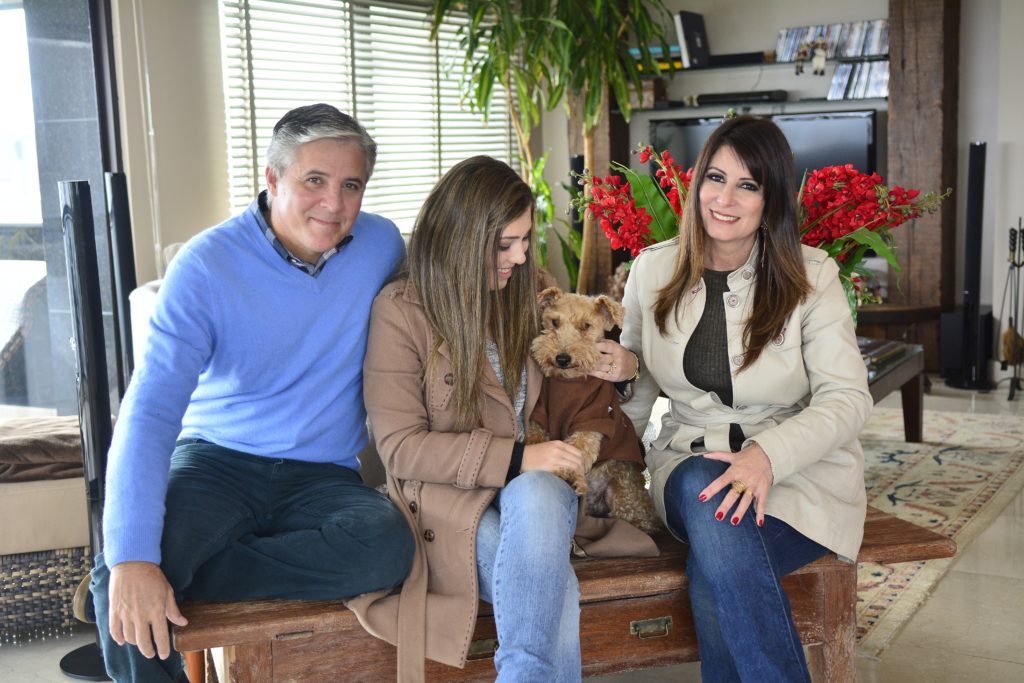 In 2011, when I was only 13 years old, during an appointment with a Brazilian doctor, who was traveling to Brazil but living in the United States, alerted my parents about the Wolfram Syndrome and my possible connections with the disease. That is when they began to research and take me to different doctors in São Paulo, but they were not successful, because the disease was still unknown to Brazilians. So, in the same year, they had a genetic test done. This exam collects the genetic material from the parents and the child to assess whether they have mutations in the WFS1 or WFS2 gene, confirming the disease along with the symptoms. With a positive diagnosis, but without much information, treatment, medication or cure, my parents went on to talk to a researcher in the city of St. Louis who was at the beginning of a clinical trial with Wolfram Syndrome. However, they did not come out very hopeful. The researcher told them the study would probably not have any result before 10 years. Unfortunately, doctor Permute passed away. Afterwards, doctor Fumihiko Urano assumed his position.

By the end of 2015, my parents and my doctors finally thought I was mature enough to deal with the difficult news and found the right time to tell me about Wolfram Syndrome. Since then, new challenges, many decisions and difficult times have been presented to me. But now, I can say that I have full knowledge, control and information about myself and I can meet other patients who have been in a similar journey.

I discovered that Wolfram Syndrome is not much known by people and even by doctors in Brazil. So I decided to bring all the information I have been learning from the Americans and from my excellent doctors here in Brazil, who are studying the disease together with me and my parents, and to share all this “new knowledge” with the Brazilians. That was when I came up with the idea of writing about the disease and the consequences from my point of view. I had the idea of including my personal history and all my experiences, so that people who go through the same path can identify with the website, making it both informative and personal.So, this website is not only my voice. With the help of the Snow Foundation and researchers, this website is also the voice of a rare disease in which we work every day to get closer to healing or to new treatments for diabetes, loss of vision, hearing loss, and neurodegeneration problems.

Your ticket for the: My Story